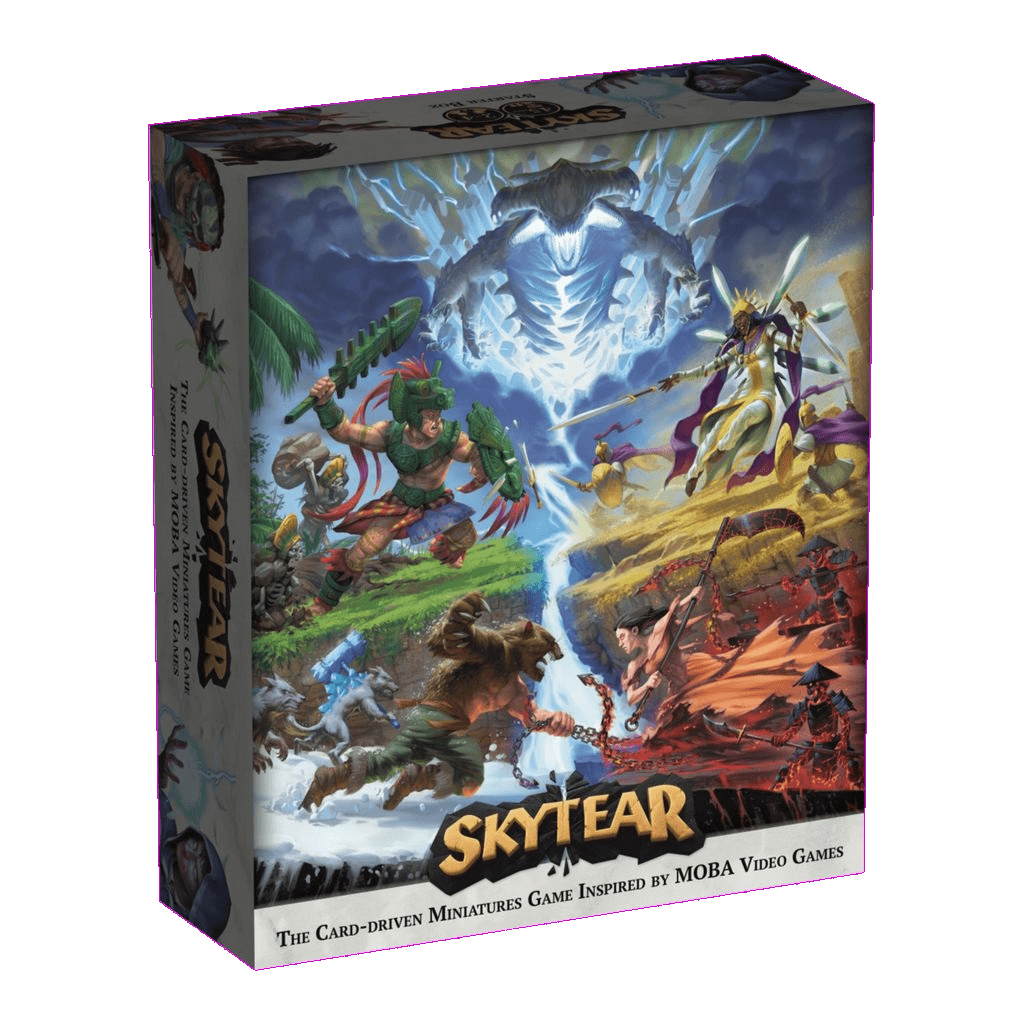 Draft your heroes and rally your minions to destroy the enemy Nexus.

Skytear is a card-driven miniatures game inspired by MOBA video games (like League of Legends) featuring 24 heroes from an original fantasy universe.

Get started drafting your team of champions with their unique skills, personalities and ultimate powers. Choose them from four asymmetric factions with unique game-play mechanics and flavor.

Then, group up with your waves of minions on the side lanes to push toward the enemy Nexus and crumble it.
And if you feel brave enough, enter the Dome to tame The Outsider: the huge elemental made of Skytear energy that can be directed toward your enemies… or toward you!

Unlike most miniatures game, Skytear does not have dice but rather Power Cards: special moves that your heroes can do anytime, even during the turn of your opponent, and make for surprising and exciting matches.